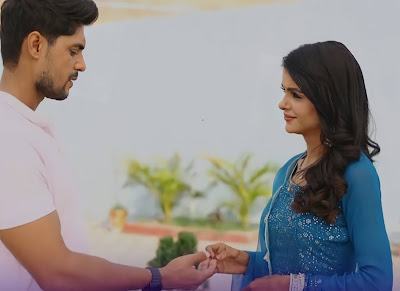 Udaariyan 21th November 2021 Written Update
The upcoming episode of Udaariyan is going to be very special. The upcoming episodes will see a lot of interesting Twist & Turn
In the upcoming episode you will see Tejo that mother asks Tejo that you were not ready for marriage yet and saying yes and suddenly how did you say yes for marriage
Tejo will tell you who she is, she avoids the matter and does not say anything, while on the other hand you will see that Fateh, Angad meet each other where Fateh who is, apologizes to Angad for that day.
Angad forgives whoever is, then the party goes on. Yes, both of them meet together at the beer bar and both of them drink together.
Let us tell you that both of them drink so much that they lose their senses, then where Fateh is after losing consciousness, he speaks about the condition of his heart and says
After 2 days of my love getting married, I was blindly in love with Tejo, now I have to pay for the same, Angad has said a bigger thing than that.
Angad said that Fake Pyaar that fake engagement is going to happen after 2 days, Angad definitely speaks this thing, but all that Fateh drank, it all goes away.
Fateh starts thinking that what Angad has said, Fateh, who is now, will try to ask Angad but who is Angad, he will postpone the matter.
Now the upcoming episode is going to be even more interesting, now will update you soon, hope you will like this information.