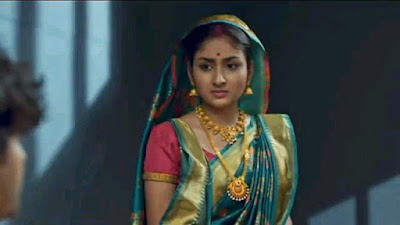 Barrister Babu 4 October Update: The truth of Tupur’s lie exposed in front of Bondita.
The upcoming episode of Barrister Babu is going to be very interesting and special.
As you must have seen in the previous episode how Tupur deceives Bondita but Bondita chases Tupur till the empty ruins.
Where Chandrachud is hiding in his disguise but here Bondita makes the biggest mistake due to which Tupur sees Bondita.
Because when Tupur sees herself in the mirror, she sees Bondita hiding behind due to which Tupur comes to know that Bondita is following her.
She pretends in front of him as if she has gone mad in remembrance of Chandrachud but nothing like that Tupur is just pretending
But this pretense of Tupur has come in front of Bondita because Tupur again reaches Chandrachud the next day and here again Bondita follows Tupur.
After which Bondita’s senses flew away here. They go because she sees Chandrachud in the disguise of a monk, now it is going to be very special to see because what will Bondita do now
Now here the truth of Tupur and the secret of Chandrachud being alive has come in front of Bondita, now what will happen in the coming episodes, what do you think hope this information will be good