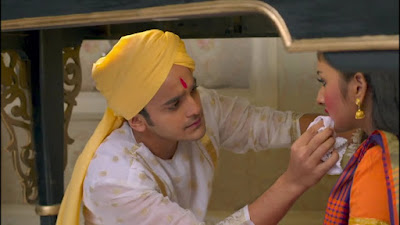 Barrister Babu 15th October 2021 Written Update: Batuk plays a new trick, an accident happened with Bondita and Anirudh.
Barrister Babu’s upcoming episode is going to be very interesting Upcoming episodes will see a lot of high voltage drama
Has returned Batuk Roy Choudhary and after returning, first of all I meet Kaka and after meeting Kaka I am very happy and saying that after 23 years I have met my family
Kaka father-in-law is saying that you are like Anirudh in appearance but everything is opposite to him because he is so social, so quiet but you start laughing so much.
Here Kaka’s and Batuk’s chemistry is shown very well, Batuk who is further than Kaka says that in 23 years he was away only because of Bondita, then Kaka says that forget that old enmity. all have forgotten
But Batuk is not called what he is, he feels that his entire childhood has been spoiled because of Bondita, if he speaks so that the family members did not do this, he would have spent his childhood in India but it did not happen due to which Batuk got very angry too. Is
Now Batuk has come to India but he has come because of Bondita because he wants to gnaw on Bondita and stop the one Bondita is moving ahead of Anirudh
Bondita who she is is doing so much for widowed women and Anirudh Bondita together are writing big slogans and working for women’s honor and pasting that slogan in big posters all over the village
On the other hand, Batuk who is here is roaming around the whole village tearing down the posters that Bondita has pasted.
What will be this accident and what will be special in the upcoming episodes, we will update you soon, hope you will like any information.