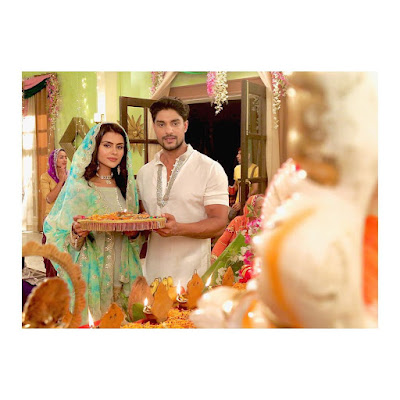 Udaariyaan 20th September 2021 Written Update: Simran and Buzzo’s truth revealed to the entire family.
The upcoming episode of Udaariyaan is going to be very interesting, yes friends, in the upcoming episodes you will see a lot of high voltage drama and some secrets will also be revealed.
READ MORE: Udaariyaan 19th September 2021 Written Update
Udaariyaan Monday 20th September 2021 The upcoming episode is going to be very special. In the upcoming episode you will see that where Tejo is very broken and she will not even be able to know whether the allegations against her are true or false. Regarding Buzzo.
And at the same time, Jasmine’s things have been kept alive and she is constantly trying to get Tejo away from the house.
Now you will see in the upcoming episode of Udaariyaan that Buzzo who is he comes to the house and then Tejo who is she starts crying telling Buzzo how she is and she is crying with her head on Buzzo’s shoulder and very emotional lives
And when Tejo is being on Buzzo’s shoulder, Fateh sees this scene and he gets very angry, Fateh thinks that Tejo has not said anything by mixing me with Jasmine and how many times did he question my character Huh
Now when Fateh himself saw Buzzo and Tejo so close with his own eyes, his anger comes on the seventh heaven and then he brings Buzzo and Tejo in front of everyone and then Buzzo he starts killing
That’s when Tejo comes here to save Buzzo, only then it rains heavily on Fateh, Tejo, yes Fateh starts telling Tejo a lot and says that you have played a lot till today. fooled you but now you won’t have to tell the truth to everyone
And what is your relationship with Tejo, Buzzo you have to tell this today but you keep silent and don’t say anything and she is tolerating everything but a voice comes from behind that I tell
And let us tell you that this is the voice of none other than Simran, yes friends, it is none other than Simran, that is, Fateh’s sister, now Fateh’s sister has come to the fore and Simran will come in front of everyone and tell everything the truth. Fateh will realize how wrong he was doing and how wrong he was thinking about Tejo.
But all this will not be so fast, it will take some time and we will update you soon for the information, hope you will like this information and will definitely tell by commenting.