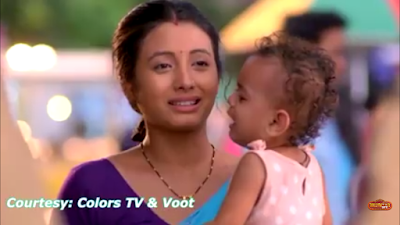 Nima denzongpa 7th September Written Update.
In the upcoming episode of Nima Denzongpa you see that Neema is wandering around with her child while on the other hand Suresh who is there goes out to find Neema when Tulika tries to stop Suresh and says that Neema has Throwing our child in the garbage bin, if she is ashamed herself, she will come herself and apologize to us
Further we see that Sarla didi comes and she tells Suresh a lot and also calls Suresh a coward and says that I knew that your son will come then your true color will be seen Sarla didi spit on Suresh and leaves.
On the other hand you will see that Neema is wandering from door to door in search of work and finally she gets a job in a tea shop, whereas when Suresh Viraj is going with the superstar, Viraj still asks how is Neema. Then Suresh says that it is good
Next you will see that no mother gets some money and she feeds her children, Suresh at home tells Tulika a lot and Tulika goes with her child but Suresh refuses her and brings her back home.
Next we will see that Neema’s baby girl gets on the bus while playing and the bus walks Neema is far away to her baby girl but she does not see her baby anywhere, what do you all think about friends in Neema’s life and Have problems gone here or not, please tell by commenting.