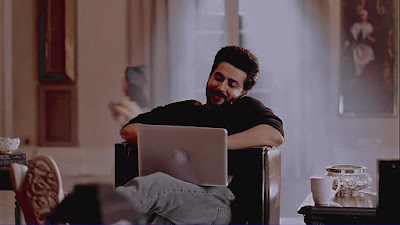 In the upcoming episode of Kundali Bhag, you will see that now Rishabh will return and Sherlyn will become the mother of Rishabh’s child but not a single move to hurt Preeta and Karan’s baby girl and Kareena will see the aunt and the biggest secret will be revealed. .
In the upcoming episodes of Kundali Bhagya, there will be a return of Rishabh and Sherlyn will become the mother of Rishabh’s child when Rishabh is in London and he too will be missing home and there he will call Rakhi Ma, which makes him very happy to see will go
And Rishabh will be the first to say that I was missing all of you just now but due to the arrival of thushi in the house, will ask to come back home and tell that there is a happiness in our house again, which Rishabh will be very fond of hearing. Because Preeta is not yet 9 months old, so where did this happiness come from?
After which Rakhi, revealing the big secret, will tell that yesterday Preeta has adopted a baby girl, she is very sweet and you have to come to India to meet her and everyone will be very happy after hearing this but Rakhi mother will hide this thing from her. that Preeta is not pregnant and she can never become a mother
But Rishabh will feel something wrong due to which Rishabh will refuse to come to Rakhi Maa and will say that I have a lot of work and at the moment I cannot come right now, which will break Rakhi Maa’s heart and no one knows. Come on, Rishabh will book a flight to India and leave for India.
But the biggest secret will be revealed when shearling becomes pregnant and she will become the mother of Rishabh’s child when everyone is celebrating Janmashtami and Rakhi Maa will also speak to Sherlyn along with Preeta to prepare for Janmashtami. The biggest trick will work and in Janmashtami she will try to make Karan and Preeta’s baby girl fall by any means
But watch Sherlyn move and see that Kareena bua, due to which Kareena bua will be very angry with Sherlyn in the middle of the party, but Sherlyn will turn things around and say that I was helping the girl.
But on the other hand you will see when the festival of Janmashtami is over, then on the second day you will see that Rishabh will enter the house and everyone will be happy to see Rishabh coming back except Sherlyn.
But Rishabh has come to the house for another happiness giver and this happiness is related to Sherlyn and also Rishabh but will this earth allow these happiness to happen in the house or not, please tell by commenting.