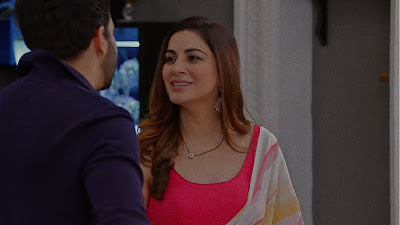 Kundali Bhagya 21th September 2021 Written Update.
The upcoming episode of Kundali Bhagya is going to be very shocking and interesting.
That is, now the Luthra family is suspecting that Sonakshi will do something wrong now but Preeta is not feeling it because Sonakshi is a very good girl in her eyes.
In the coming episodes you are going to see that Sonakshi will now be seen doing her new trick. Karan who is he doesn’t love Sonakshi at all and he doesn’t even look at her but Sonakshi wants to get what she is. So such a trick was not done so that he could get Karan
But Sonakshi will try to achieve Karan by making Pihu her pawn, now how interesting is the upcoming episode going to be, let us tell you about the complete information and complete updates.
In Kundali Bhagya’s Ganpati Babba Special, you all are going to see that Preeta’s life is going to be in danger as Sonakshi will try to kill Preeta.
In the coming episodes, you will see that the happiness that came in Preeta’s life with great difficulty and has been very difficult to get, but people do not allow those happiness to stay.
Sherlyn had ruined Preeta’s life but now Sonakshi has also come in the house and she is also after Preeta and Sonakshi has also vowed that no matter what happens, she will stay with Karan.
And she will be the first move to get Karan and what will be the first move and what will be the harm to Preeta, we will update you soon hope you like this information.