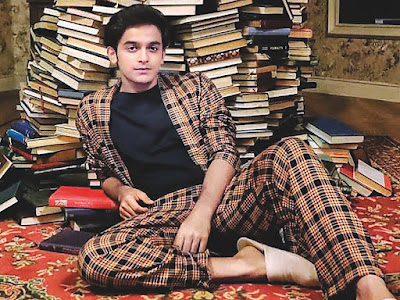 Barrister Babu 7th September Update Anirudh runs away leaving Bondita in the pavilion.
Barrister Babu’s upcoming episode is going to be very interesting You will get to see all the high voltage dramas
In the upcoming episode of Barrister Babu you will see that Bihari Babu will reach where Anirudh must have gone to the market to get vermilion and Bihari Babu will tell all the truth, where Sampoorna had to tell all the truth after which Kaka Bihari Babu has to bring Anirudh. Bihari Babu will come to Anirudh and say if he is late even for 1 minute, then Saraswati’s demand will be fulfilled.
Now Anirudh who is he left without informing Bondita now from behind Bondita comes out and she shouts Sakha Babu Sakha Babu from behind but Sakha Babu doesn’t stop
Now Bondita doesn’t seem to fall down there, then Chandrachur comes there and he takes care of her, while on the other side, you will see that Anirudh reached Tulsi Nagar and he was very angry, I break the whole pavilion.
Then says to Saraswati that you go to the room and then to Kaka and to the boy who has become a groom, Anirudh tells him that he is not ashamed to be like a horse and marrying a small girl and then it is hotter than Papa too. My sorrows say that you had to come, I am against child marriage and you do not allow your sister to get married at such a young age.
Abe Sampoorna comes out and she tells Anirudh that it was all a trick, I was forced to bring you here and tells Purani that there is no child marriage in this village, now I am going to Bondita
On the other hand you will see that when Bondita regains consciousness, she will come to Chandrachur, then Bondita starts running away, then Chandrachur tells how much Bondita Anirudh has cheated with you, he fled by making a bride, what was the reason for this Tulsi Nagar those do the same
But here Thakuma who explains to come, she says that love has to face many problems and if love is true then he takes all the troubles but now Chandrachur is going to take Bondita to Krishna Nagar.
On the other hand, we will see that Kaka has played the biggest game, when Anirudh will say that he will marry Bondita, then Kaka tells Anirudh that if you go, I will do such a scandal that child marriage of all the little girls. Now it will be interesting to see what Anrudh does.