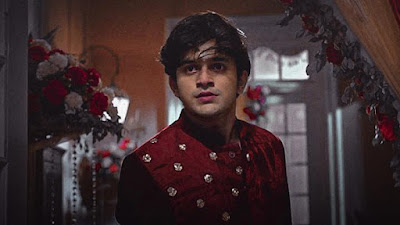 Barrister Babu 21 September 2021 Written Update: Tupur gave a big threat to Bondita.
The upcoming episode of Barrister Babu is going to be very interesting. In the upcoming episodes you are going to see that Tupur is about to threaten Bondita a lot and Anirudh who is he confesses his crime and is about to take him to the police.
Where Bondita must be explaining to everyone that her husband can never do anything like this but no one believes her, now here Anirudh himself has confessed his crime, when the police will take Anirudh, Trilochan Kaka and Bandhi go to the door
On the other hand, Trilochan Kaka and Somnath will try to add the best lawyer because Chandrachur’s father has said that he will take Anirudh to jail.
Only then she stays there and she says that when there is a lawyer in the house, then what is the need to add outside, there are big barristers in our house and that is Bondita, then the family members will say that when no one trusts her. So how do we do that too for such a big case?
But here the whole will come, says that Bondita, who is from London, has brought a degree of barrister and you know her reasoning power and now it seems that Trilochan Kaka and Somnath also want Bondita to contest the same elections.
That is, now all of you will be seen fighting Bondita Anirudh’s case, while you will see that what was there before, she goes to her room and becomes very emotional after seeing Anirudh’s picture.
On the other hand you will see that now Tupur comes and she will be seen spreading all the same and when she gets very angry that Anirudh has ruined my honey and she threatens Bondita that as I am in agony of Chandrachur. By the way, you will also suffer for Anirudh, I will give him the death penalty.
But Bondita gets very angry and she starts telling Tupur but Tupur tells Bondita that you now share happiness and sorrow with the picture of your Anirudh because I will not let Anirudh live in this world, he ruined my honeymoon. If yes, then I will ruin your honeymoon, now the upcoming episode is going to be very interesting, what do you all think?