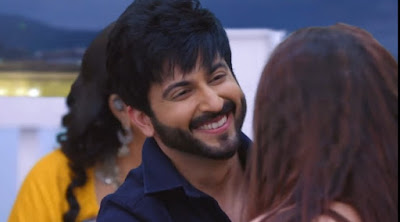 The upcoming episode of Kundali Bhagya is going to be very interesting and exciting but there is also a sad news related to Kundali Bhagya which we are going to tell you, so let us know what is going to happen in the upcoming episode of Kundali Bhagya.
The truth of Preeta will come in front of everyone and everyone will come to know about Preeta’s pregnancy when the Haldi ceremony of Sonakshi’s wedding is going on and Karan will come to Preeta’s room to call Preeta.
Then suddenly Karan will see Preeta crying, which will make him fond and he will say that Preeta why are you crying, what is the problem, there must be some big thing that you are hiding from me, tell me what is the matter.
After listening to Karan, Preeta will say that stop celebrating happiness, my womb is empty, I do not have any child in my stomach, I am not pregnant, which will make her very fond of hearing and she will not be able to speak anything but seeing Preeta crying, she Preeta will hug you and become very emotional
And then Karan will say that this thing should not be known to everyone, so after Sonakshi’s marriage, we will definitely tell this to everyone while going home and I will support you for life and will be together but Preeta is actually pregnant, this thing to Preeta too. do not know
The biggest secret will be known when the report of Preeta’s pregnancy will come to Sherlyn, but small children will fly the paper of that pregnancy report by making a plane, but if Sherlyn will straighten the paper of that plane and fall, then she will come to know that Preeta is pregnant.
Is Because of which Peeta is not pregnant in front of everyone in the marriage, Sherlyn will not be able to bring this truth in front of anyone and Sherlyn’s entire plan will fail but Preeta will know this when the doctor calls from the hospital and the doctor will speak. whether son you got your pregnancy report or not
Then Preeta will say that I did not get the pregnancy report Mr. Doctor will say that I have to send the pregnancy report etc. Well, it doesn’t matter that you are pregnant and you have two children in your stomach. due to which it was negative but now the correct report has come out and you are pregnant
Hearing this, Preeta will be happy on worship and she is young and told the matter to Sharan, who will be very happy to hear what do you think, tell me by commenting.