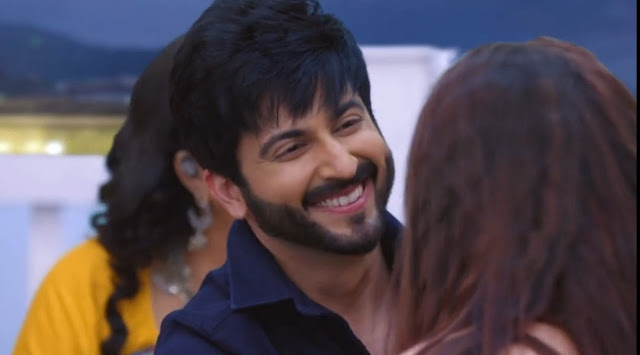 The upcoming episode of Kundali Bhagya is going to be very interesting and exciting. will tell
The upcoming episode of Kundali Bhaag is going to be very interesting, a truth that will soon come to the fore that Preeta is pregnant and none other than doctors will bring this truth to everyone.
READ MORE: Kundali Bhagya 13 August 2021 Written Update
Preeta is actually pregnant, even Preeta herself does not know this, but Preeta is pregnant, this truth will come to the fore when Preeta got her medical checkup done, but after getting a medical checkup and the report coming negative, Preeta has hidden this thing that in the coming episodes you will Will see that Preeta will first tell Karan that she is not pregnant and her womb is empty due to which Karan will be very fond of her but the biggest secret will be revealed when it comes to know that Pritam is pregnant and this truth will be revealed then When Preeta’s pregnancy report is due to be sent to Greece by Sherlyn Lonavala, Preeta’s pregnancy report will come from Luthra house to Lonavala
And at that time Karan’s childhood friend Sonakshi’s wedding will be going on and everyone will be more happy but Sherlyn will reveal Preeta at Sonakshi’s wedding itself and shout that Preeta is cheating on all of us, Preeta is not pregnant and in her stomach. no kids
After which Kareena Bua will fulfill Sherlyn and because of Kareena’s bua’s speaking towards Preeta, Sherlyn will give Preeta’s pregnancy report in the hands of Kareena Bua and the biggest secret will be revealed when Kareena’s Bua Preeta’s pregnancy After taking out the report, she will become fond that everything is positive in Preeta’s pregnancy report.
After which Kareena’s aunt will get even more angry and she will angrily say to Sherlyn that if this report is completely positive, then how can Preeta not be pregnant, after hearing that Preeta Karan will also be fond of hearing and Preeta by calling the doctor. Did a medical checkup and if it is not in the report then it came out and there is no child in my stomach as soon as you call, then how come this report is positive then the doctor will say that there was a mistake due to our stop and your sample is from someone else’s sample changed that’s why your report came negative
But you have changed and your report is positive and you also have a child in your stomach, now what do you guys think will be interesting or not, please tell by commenting..