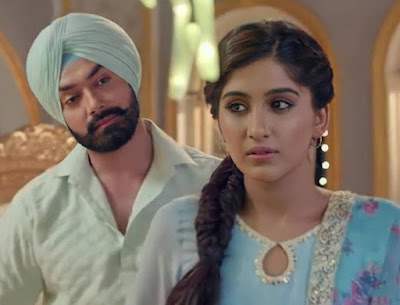 Friends, the story of Choti Sarrdaarni is progressing so far, it is getting more and more complicated in the upcoming episodes of Choti Sarrdaarni, all of you are going to see that as the marriage of Seher and Rajveer is progressing, Seher is getting more and more about Kunal. is worrying
Let us tell you that such a rash has also happened between these two that now Seher cannot even go out of the house.
But in the promo of Choti Sarrdaarni, it is being shown that Seher is trying to leave the house to find Kunal.
After which Rajveer explains to her that you can’t get out of the house now because now the ritual is done but friends tell you that Rajgir helps Seher and he tries to get the city out of the house by hiding from everyone. Is
After which seher comes out of the house to investigate all the same friends come to seher’s in-laws i.e. Rajveer’s house and they demand to call seher.
In such a situation, both Param and Karan get upset because seher is not found anywhere in the house, now it will be interesting to see what will happen next if even today how will he handle this whole issue or else Seher’s heart is restless. Will come to the fore, what do you all think, definitely tell by commenting.