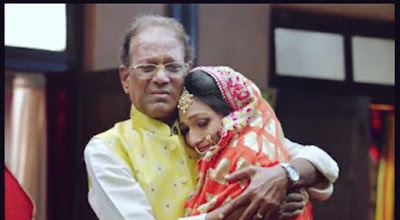 Bhagya Laxmi’s first episode on 3rd August 2021 has been very good, it started with the story around the life of a girl named Lakshmi, but the life of that Lakshmi changes when her parents meet with an accident. Now let’s know what will be shown in the second episode of Bhagyalakshmi.

In the upcoming 2nd episode of Bhagyalakshmi 4 August 2020, you will see that Lakshmi’s aunt says that she will take you to the city and get you married there and then you will get to see that everyone leaves for the city.

When they reach the city, uncle aunty goes ahead with their car but Laxmi and her sister follow them in a tempo but the tempo driver diverts his car to some other place so that Laxmi says why are you going home but Tempo wala takes tempo to another place with the intention of stealing but you will get to see how lakshmi confronts tempo wala and reaches another place where she meets a boy now in upcoming episodes you will get You will get to see only what do you think that boy will be Lakshmi’s companion or not, definitely tell by commenting.