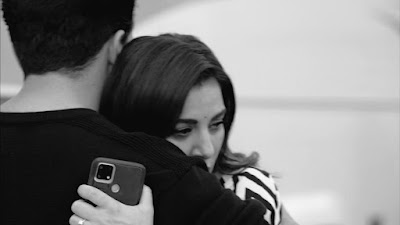 In the upcoming episodes of Kundali Bhagya, you all will see that the biggest secret of the doctor who has done Preeta’s checkup will come out and that Raj is connected to Sherlyn. And at the same time it will be seen that Preeta is going to be very badly confused.
READ MORE: KUMKUM BHAGYA 31 JULY 2021 WRITTEN UPDATE
And Preeta thinks that she will tell the truth of her pregnancy to the family members or not and at the same time she will think whether to tell Karan or not and I will not tell till Karan asks, and in the coming episodes You will also get to see that there is going to be a small fight between Karan and Preeta, let us also tell you that their relationship will not be affected in this fight and what will be interesting in the upcoming episode, let us know.
In the upcoming episodes of Kundali Bhagya, you all will get to see that Preeta will also be in more depression, I must be thinking that she is not pregnant, how to tell the family members and the family is expecting a lot from her and all the family members the mood of the moment is happy
And when Preeta will think of telling the family members, then she will not be able to tell the family members by looking at the happy face and she is not pregnant, she will keep this thing to herself and at the same time will also give a hint to Karan but seeing Karan’s happiness she won’t even tell him
But in the coming episodes, breaking Karan, seeing Preeta in despair, will understand that something is wrong and because of this you will also see small quarrels between Karan and Preeta.
On the other hand, you will get to see that the entire family is going to Lonavala for the wedding and there too Sherlyn will be seen playing a trick and you will be seen harming Preeta.
But there is a question going on in the mind of all of you, the rest of the doctor who told Preeta is true or false, you will get to see such questions as a big truth in the coming episodes.
How interesting are you guys, to see the upcoming episode of Kundali Bhagya, please tell by commenting…