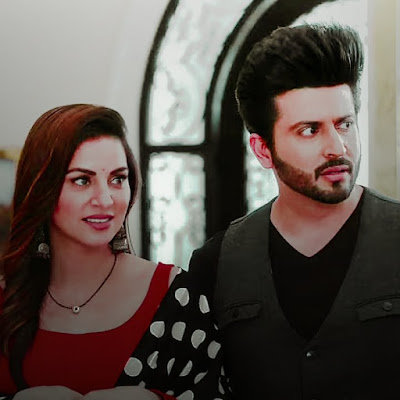 In the upcoming episodes of Kundali Bhagya, you all will see that Sherlyn will play a new trick in the bus and a new enemy will come between Karan and Preeta.
Friends, in the upcoming episode of Kundali Bhagya, Preeta’s aunt will make a big disclosure in front of the whole family and in front of Preeta’s mother because of hearing that Sherlyn has tried to kill Preeta from Srishti’s mouth. He has done very abominable work with his daughter in this house and that abomination is none other than an attempt to kill the child born in Preeta’s stomach.
READ MORE: KUNDALI BHAGYA 28 JULY 2021 WRITTEN UPDATE
Hearing this, the whole family will be very fond of it and Kareena bua and mother will be completely shaken and Kareena bua will angrily tell Preeta’s aunt what you are saying and you also know who you are blaming The biggest secret will be revealed on the elder daughter-in-law of this house when Sherlyn will be very nervous about her secret being revealed, but this time Preeta and Srishti will come to Sherlyn’s rescue and turn things around
Due to which even after revealing Preeta’s aunt Sherlyn, Sherlyn will be saved because of Preeta and Srishti, after which Kareena’s aunt will be very happy on Preeta and Srishti and taking advantage of this, Sherlyn will take advantage of this to kill Preeta’s child. There will be a big move in the bus
Where the whole family will be going to Lonavala for Karan’s childhood friend’s wedding, then Sherlyn will take advantage of this opportunity to try to push Preeta hard but because of Sameer she will not be able to push Preeta but the big news is this. That
To ruin Karan’s life a new enemy is coming into the house which will turn Karan and Preeta’s life into a distance and she will be none other than Karan’s childhood friend this Lonavala and when Karan and his entire family If Lonavala goes to the wedding, there will be a new big mess due to which Karan’s friend will not be able to get married.
And as his mother father is not in this city and Karan’s friend will not be able to get married then Rakhi Maa and Kareena Bua will ask him to stay in the house and then Karan’s friend will gradually move from positive role to negative role and Karan and will play an important role in removing Preeta
Now the upcoming episode of Kundali Bhagya is going to be very interesting, do you want to see Karan and Preeta together, please tell by commenting..