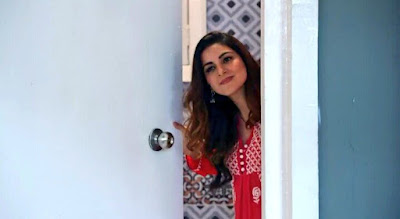 Sherlyn will try to kill Preeta’s child in front of Prithvi because Sherlyn does not see Preeta’s happiness. In the party, Sherlyn went on a new trick to kill Preeta’s child but the biggest problem will happen when Preeta’s pregnancy is checked. Tai Maa will come to do this and Tai Maa will say in front of everyone that double happiness is going to come in your house because Preeta will give birth to two children, which Preeta will be very happy to hear and Karan will also be happy and Karan’s father will be happy and hug Karan. Will do it and everyone in the house will be happy but Sherlyn will not be happy

But while doing all this, Kareena’s aunt will see Sherlyn and Kareena’s aunt will take Sherlyn to the side and will say that sir lenge hai what were you doing, then Sherlyn will be naive and say that I was joining Preeta’s happiness after hearing that Kareena bua will say that it is such a good thing but I saw you that you were about to bring down Preeta and Sherlyn will be very fond of hearing this from Kareena bua’s mouth.

Do you guys think that in the upcoming episodes Sherlyn will be able to kill Preeta’s child or not, comment and tell..