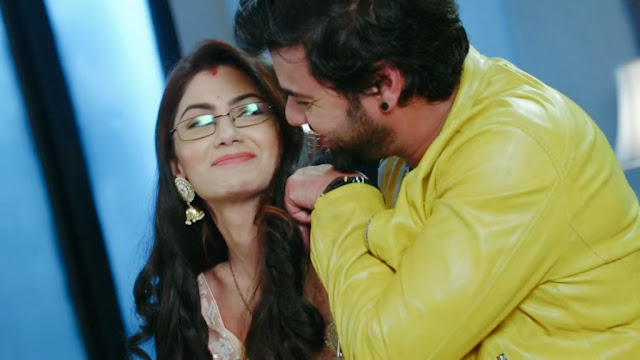 In the upcoming episode of Kumkum Bhagya 24 July 2021, all of you will be able to see Riya in front of Prachi and after the marriage of Siddharth, Riya and Siddharth will go to Ranveer’s house, due to which Ranveer’s mother will get a big shock and will get Prachi out of the house. And Pragya will get to see you all in the upcoming episodes of Kumkum Bhagya.
After Riya Siddharth’s marriage in front of Ranveer Prachi, there will be a big disclosure when the truth will come out that Siddharth is none other than Ranveer’s brother, due to which Riya is very fond of Riya but after Riya and Siddharth’s marriage, Ranbir is very fond of it. Will make a big plan because Ranveer’s mother wanted Siddharth’s marriage to be of Ranveer’s mother’s choice and Ranveer’s mother’s photo was not before but Riya.
So Ranvir will plan that Siddharth and Riya should be taken in front of Ranvir’s mother in the wedding couple itself, which will make Ranvir’s mother fond of it and she will be completely shaken but Ranbir will tell that Siddhartha married to whom she has married. no one but riya
But Ranbir’s mother will get angry on Siddharth and everyone and say that you people have no place in this house and in this house they are the servants of this house or the members of this house, listening to all the people. Will be very fond of it but Riya will lift her veil and say Pallavi Aunty, due to which Ranveer’s mother will be completely shaken after hearing Riya’s voice and will be very happy to see Siddharth’s wife and Riya as her daughter-in-law and Riya as her daughter-in-law. Will hug you, which will make Prachi and Ranveer very happy too.
But Siddharth’s mother said that Prachi and Ranveer, you are not very happy, I have adopted Riya and Siddharth, not you people, due to which Prachi will be very angry.
On the other hand, you will be shown that Pragya will go to Abhi’s garage to humiliate Abhi, but Abhi will cough there, then Pragya will give him water and Abhi will be on this condition as well when Pragya tries to humiliate Abhi. Will let him down now so that Pragya will not be able to speak
Do you guys think that the upcoming episode will be interesting and bang or not, please tell by commenting..